How has revenue assurance in African countries evolved in recent years?

Africa has important development needs, which explains why revenue mobilization has been high on the African governments’ agendas. However, inexhaustive tax collection and fraud in key economic sectors create significant revenue leakage that needs to be stemmed.

When it comes to tax revenue, the International Monetary Fund (IMF) says that Sub-Saharan Africa specifically has not yet realized its potential, compared to other regions, with a tax to GDP ratio of 15% as of 2019. In addition to weak tax administration and compliance in the region, the Covid-19 pandemic brought its own financial pressures, for instance in the form large healthcare expenses on the part of governments. After the pandemic started, the tax revenue – as well as the non-tax revenue, for that matter – collapsed, after growing steadily at an average of almost 13% a year over the past thirty years or so. It was estimated that most countries in Sub-Saharan Africa recorded negative nominal tax revenue growth in 2020.

Fraud in all its forms (under-declaration, bypassing of calls, etc.), especially in key economic sectors like the telecoms and digital financial services, also deprives African governments of substantial revenue every year and is not a recent phenomenon. Indeed, despite the positive economic and social impact of the expansion of these sectors, as a new source of revenue for the national budget, the telecom sector, for example, has been targeted by different types of fraud, like SIM box/bypass fraud, roaming fraud, etc.

What are the challenges faced nowadays by the African Government in terms of Revenue Assurance?

I’d say that the current challenges haven’t changed much compared to what they were over the previous few years. Indeed, as mentioned above, inexhaustive tax collection and fraud in key economic sectors remain issues in Africa. But we need to add to that the acceleration of the digital transformation that resulted from the Covid-19 pandemic. Against this backdrop, the volume of digital payments and transactions has increased significantly, which represents a substantial revenue opportunity for governments.

However, this acceleration of the digital transformation has also led to a greater sophistication of the means employed by fraudsters to either exploit the expansion of the telecom and digital financial services sectors, or to evade taxes. African governments therefore need to put measures in place to stem tax revenue leakage and foster tax compliance if they are to increase their tax collection and consequently their tax-to-GDP ratio, thus improving revenue mobilization for development projects. Technology is one of their greatest allies in that respect, as it helps solve three issues, which, according to World Bank economist Oyebola Okunogbe, cause lower-income countries to struggle to collect taxes: a lack of data, an administration in dire need of modernization and digitalization and a regulatory gap.

The right kind of technology will facilitate the collection and processing of data for decision-making and revenue assurance purposes, thus providing governments with valuable information that will enable to make effective decisions, address the regulatory gap and effectively oversee key economic sectors. It will also provide the tax administrations with modern digital tools that will allow them to fulfill their remits effectively.

What are the emerging technologies that are going to help facing the revenue leakage due to fraud ?

Billions of dollars are lost in the telecom sector alone each year due to fraud. Fraudsters use technology to access telecom services without paying the associated fees or to bypass the official telecom networks and pocket part of the termination fee. Governments also lose revenue to fraud. Indeed, some of the key players of the telecom industry under-declare their own revenue, therefore not paying the full tax amount owed to the government. There is also the issue of ghost workers, that is to say employees who do not actually work for the government, and of course get paid, despite being on its payroll. This causes severe financial losses for the countries concerned.

To stem this revenue leakage, and thus secure additional revenue that could be used to finance development projects, African governments need to have full visibility into the key sectors of the African economy such as the telecommunications and the digital financial services. That is when technologies such as regtech, or regulatory technology, come into play. Regtech helps governments and regulatory agencies manage regulatory compliance within a given sector, by providing them with reliable and real-time data that will enhance both decision-making and oversight.

As a regtech provider, and with more than 20 years of experience in securing the revenue of key sectors in emerging countries, Global Voice Group has the necessary digital systems to prevent and counteract telecom fraud. These systems include solutions focused on telecom revenue assurance that help governments and regulators fulfill their oversight and compliance enforcement remits.

Digital identity and biometrics are also strong contenders when it comes to optimizing revenue assurance. Digital identity can not only enhance data security, thus preventing fraud, but also help revenue authorities widen their tax base, by enabling them to track the taxpayers more effectively within the digital ecosystem.

Firstly, I’d like to talk about infrastructure, as it certainly is an important consideration when it comes to revenue assurance. As mentioned previously, technology can support effective revenue assurance by providing the necessary data. But what happens next? Governments that choose to embrace regtech and other data analysis technologies for revenue assurance purposes need to set up data centers to centralize, process, consolidate and store the data that is collected through technological tools in their own country. Furthermore, in Africa, administrations, including the tax administration, are often in great need of modernization, which would involve replacing the outdated paper-based methods with electronic ones.

And thirdly, education and training also deserve a mention here. Education for the citizens, whose awareness about the importance of tax revenue may need to be raised. And training for the governments and regulatory bodies in the effective use of technology to promote compliance.

Whenever there is talk of solutions to monitor data for revenue assurance purposes, sceptical voices are raised about data protection. How can the public be reassured in this respect?

Security is one of the pillars of trust in the digital ecosystem and concerns around potential data security breaches are legitimate. In some cases, they might even outweigh the perceived benefits of data collection and analysis for the population.

These concerns may be addressed through the assurance that a balance between the use and the protection of personal and sensitive data is possible. Pseudonymization and anonymization make it possible to achieve this balance. The GDPR defines anonymization as the process that renders data “anonymous in such a way that the data subject is not or no longer identifiable” and pseudonymization as the processing of personal data in such a way that the data can no longer be attributed to a specific data subject without the use of additional information”. GVG applies these two practices to the data collected by its platforms. We transform the data by removing the identifiers that link the data to a specific individual or by adding fake identifiers that “anonymize” the data. It is also important to highlight the relevance of working with large data clusters, which makes it more difficult to identify specific individuals.

However, to optimize trust, such interventions require the backup of an appropriate regulatory framework as regards the protection of personal data. More and more African countries are implementing regulation aiming to protect the users’ data. Indeed, 29 of the 54 countries have already implemented relevant legislation, and 9 are in the process of drafting it, which is a welcome improvement. Still, work remains to be done to consolidate this progress, and regulatory harmonization is an important next step.

Want to read more about what governments can do to stem revenue leakage? Click here. 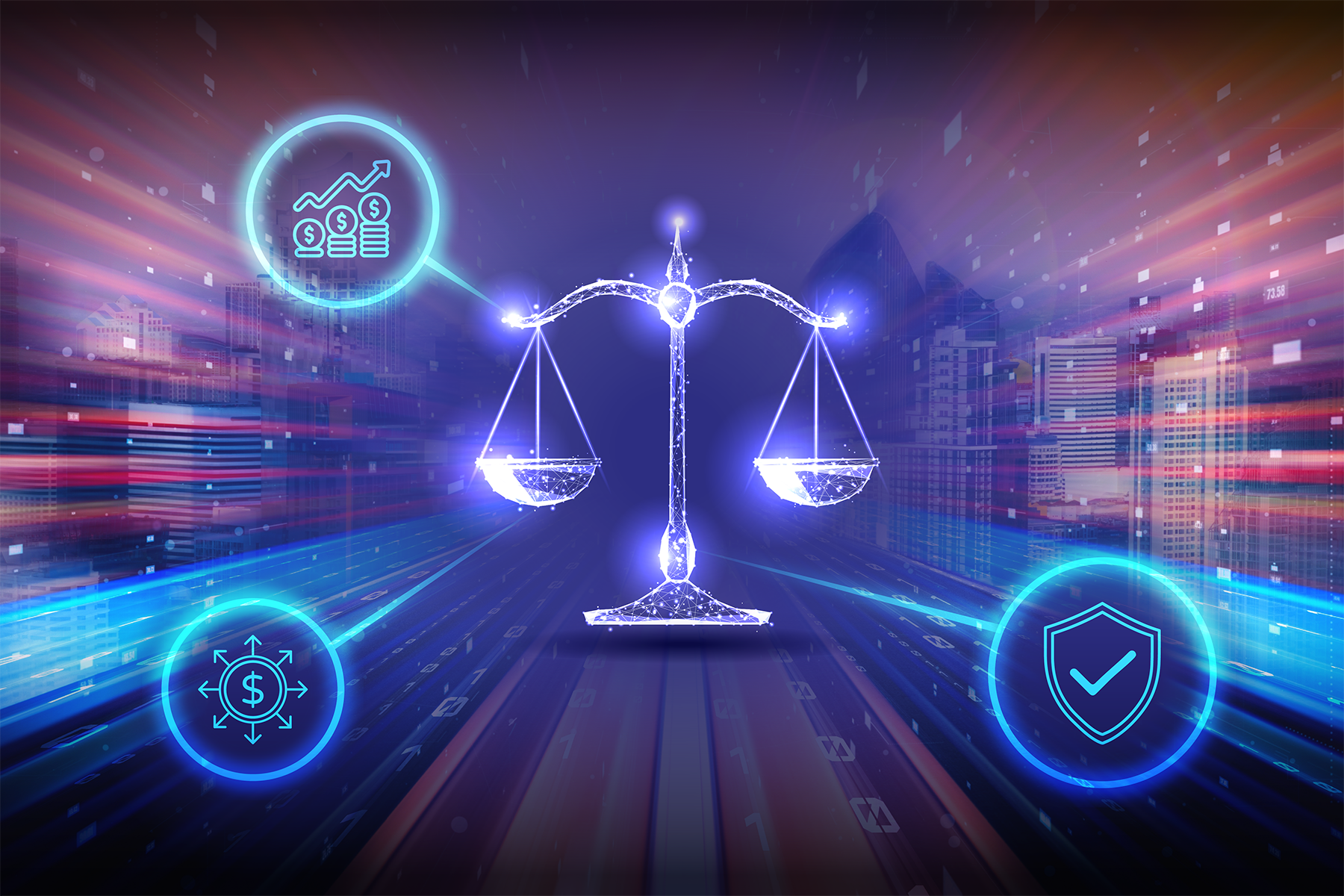