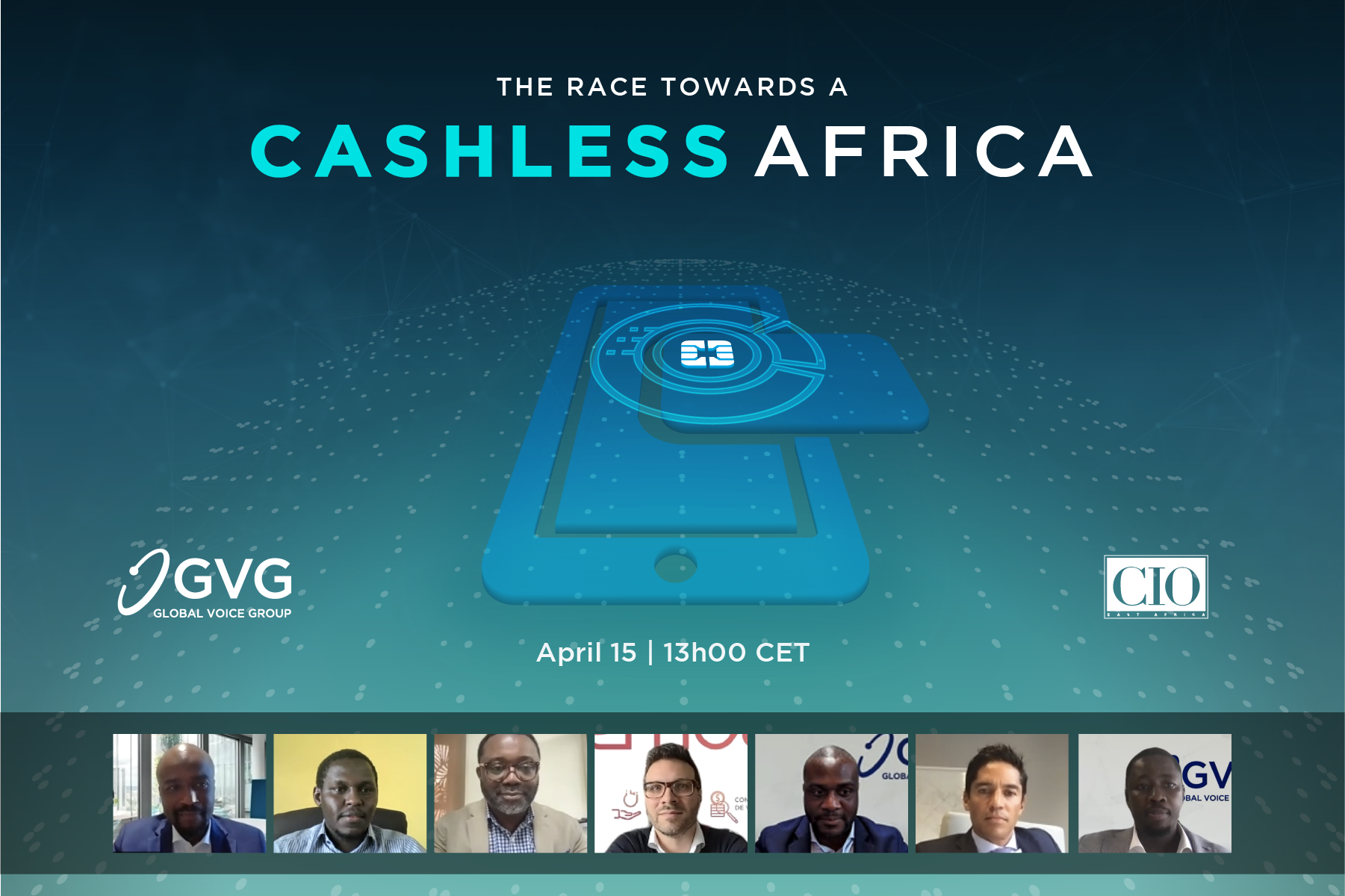 Imagine a world without cash. Where every cent is swiped and money is this invisible thing no longer made out of paper, That is the future of Africa.

The most elegant definition of a cashless society I found has to be “an economic concept where financial transactions are executed in an electric format rather than using banknotes.” Now imagine that kind of an African society where tattered, multiple-folded or wrinkled notes have less value than invisible cash. Visualise yourself living in it. The thing is, you do not even have to go far to see this. Exactly a year ago when COVID-19 first hit, the World Health Organisation (WHO) and the Central Bank of Kenya, discouraged the use of cash transactions and strongly encouraged cashless transactions via M-Pesa and plastic. It might have made a bigger impact on the middle class, but that does not make a cashless Africa invalid. In their second webinar this year, the Global Voice Group (GVG) decided to tackle this future.

In it were experts who I can easily picture reengineering it. Held in collaboration with CIO East Africa, the webinar titled The Race Towards A Cashless Africa was an eye-opener. They brought together players across the industry with fintechs being represented by Sofien Sidoum of Semoa and Andrew Mutua of Pesakit. They were joined by Adama Ouattara from Deloitte and Bernard Ewah of the National Information Technology Development Agency (NITDA) in Nigeria.

Should this idea succeed, then we would not have to worry about getting mugged right outside the ATM every time we withdrew cash. Launched by James Claude, GVG CEO who said “All stakeholders have a role to play. I am very glad to have young entrepreneurs in this discussion and look forward to hearing their ideas. Regulatory bodies can kill or foster a cashless system.”

Daryl Bhana, VP of Sales and Marketing Strategy observed that going cashless is one of the most dynamic and important phenoms we are witnessing during our time. “Cash, for all its’ ease of use, for all its immediacy of transfer, it’s lack of direct cost whether through taxes or other costs, provided it isn’t stolen, of course, is still seen as King in many parts of the world. The question we are asking today is, is it really King? With the risks associated with it, with the perpetuation of gender inequality in Africa in particular and the lack of traceability excluding cash users from credit extensions especially in the rural areas, and the growing economy, the usefulness of cash is being reconsidered.”

The conversation around cash has tilted to financial inclusion, eco-friendly paperless money, digital currency, a single African currency and e-wallets. Central banks are talking about releasing their own versions of bitcoin. This is quite fascinating considering how banks have always been perceived as old school and traditional and are today issuing regulations for the digital future.

Investors are driving the shift towards a cashless Africa.

Home-grown fintech start-ups are offering digital solutions as these companies have raised over half a billion dollars since 2015. In 2020, 50 per cent of the investments in Africa went towards fintech companies. It could be said that the landscape is changing, driven by investors. Moving away from cash is such a strong phenomenon because there are alternative solutions with more options existing than before. Considering how badly corruption ails Africa, the very existence of cash means it “does not always go to its intended transactions and destinations. It leads to corruption,” intimates Bhana. A cashless Africa, believe and want it or not, is upon us.

“70 per cent of the world’s central banks are currently running research on cashless societies. Their intent, to digitise the economy, improve payment systems and boost financial inclusion,” says Laurent Sarr. The African Fintech Report from Disrupt Africa has also shown that over $700 million was invested in African tech start-ups in 2020 alone.

He sees beyond the middle class and into the informal sector where cash transactions prevail “because 2 billion workers are in the informal sector globally. 80 per cent of Sub-Saharan Africans are informal workers,” Sarr states. They use cash because it is easy to understand and its very physicality makes it trusted – touching it makes it tangible. It is also so culturally entrenched, no one has to learn new behaviours. It is why 95 per cent of transactions in Nigeria are cash-based. This despite Naija playing host to over 200 fintechs.

Cash is also not safe and not just because of theft.

It aids money laundering because paper money does not leave a digital footprint. It makes cash rather dangerous. Cash is also expensive to produce and costs money to monitor. This is certainly unlike paperless money that is far more efficient when it comes to the state’s economy, and, if it makes it into the rural areas, will boost financial inclusion and serve the large populations.

In fact, so welcome is digital money that it’s widespread use can boost the annual GDP of emerging economies by $3.7 trillion by 2025. As Sarr pointed out, most countries are not taking into account the informal sector when compiling their GDPs. Paperless money creates a thread that can be followed to its conclusion. You can see then how tax evasion can be curbed.

The key driver transporting us into the future is trust.

Fintech companies are leading the charge towards a cashless economy by the use of KYC (Know Your Customer), which is really important. Trust comes with a digital identity. A Trusted Digital Identity (TDI) is created when the information provided has been verified or checked for authenticity. A trusted digital ID also consists of a set of verified attributes (like verified ID documents or biometrics), which provides a legitimate link between an individual and their digital identity. So far, the World Bank estimates that 1.1 billion people do not have digital identities meaning they have no way of proving who they are online with a certain level of trust.

Bhana takes us back to bring us forward citing that when mobile money was born as M-Pesa in 2007, “that was the end of cash. Brick and mortar banks have always been geographically difficult to reach and to get transactions approved. With 300,000 mobile money agents serving customers on every street corner representing 535 digital banks for every 100,000 people. By comparison, there are nine ATMs and five physical bank branches for every 100,000 people. Why would anyone seek out a bank with the number of mobile money opportunities?” he rightly asks. According to www.forexbusiness.org, the top five countries cashless countries are, respectively, Canada, Sweden, UK, France and the USA.