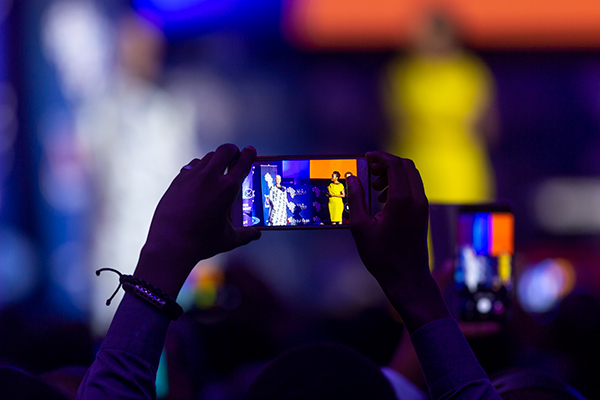 A blueprint for digital economies and MOUs signed with Inmarsat and French consultancy Tactis – some of the outcomes of the Transform Africa Summit 2019. The fifth iteration of the summit, arranged by Smart Africa – a coalition of African member states committing to harnessing ICT for socio-economic development – was held this week in Kigali, Rwanda, under the theme ‘Boosting Africa’s Digital Economy’.

The directors of influential technology companies in Africa – GVG and Accenture (now Verrakis in Nigeria) – also spoke this week on their views for Africa’s digitization.

Kenyan president Uhuru Kenyatta told delegates in Kigali that, “only a few African countries have made progress in developing digital identity systems as a unique identifier for their citizens. This greatly hinders the ability to fully exploit the opportunities of a digital economy which fully relies on trust,” as reported by The East African. He went on to express that digital identities could improve trust among the various actors involved in the digital economy.

Kenya is to be a blueprint country for working towards Smart Africa’s aim of a single digital market across the alliance’s 24 member states. The blueprint is made up five components: digital government; digital business; infrastructure; innovation-driven entrepreneurship and digital skills and values.

“It is our hope and wish that all the member states shall peruse this Blueprint and find value in adapting it within their own ecosystems to realise the potential of digital transformation that will leapfrog our economies to prosperous heights,” said Kenyatta, according to ITWeb Africa.

Smart Africa signed an MOU with Inmarsat to promote the adoption by its member nations of a “secure, electronic ID enabled interoperable digital platform as a key enabler to accelerate the digitization of Smart Africa nations’ economies” according to Tech City. Another MOU signed with French consultancy Tactis to jointly implement the Digital Observation for Africa or ‘Do4Africa platform’ that will list innovative and digital projects in Africa.

The CEO of Global Voice Group (GVG), James Gabriel Claude, spoke at Transform Africa. Just before the summit he discussed his view that digital identity is key to helping African citizens participate in the economy and feel a sense of inclusion, in an interview with Uganda’s New Vision.

GVG specializes in telecoms, compliance and fintech and has concentrated on African governments and markets since it was founded in 1998, and has this year moved its HQ to Madrid.

“When it comes to digital transformation, the issue of digital identity is central: it will enable citizens to participate actively in the digital economy,” Claude told New Vision, “In many countries, civil status is failing, which excludes citizens from the real economy.”

Claude believes that governments need to be made aware of this issue and cites creating a central database of registered SIM cards, as many African nations such as Nigeria and Tanzania are currently doing, as one way to bring better services to citizens.

“By accompanying the continent on the path to a single digital market, GVG is a key partner of this Alliance, which is dedicated to Africa socio-economic development through the lever of ITC,” said Claude, referring to GVG’s partnership with Smart Africa, a pan-African initiative based in Rwanda with the country’s president Paul Kagame as chairman. The initiative is now supported by the African Union and has 24 member states. The scheme has e-Government as one of its five pillars, and covers infrastructure and regulatory harmonization, plus digital identity and data privacy.

Smart Africa’s site quotes Kagame on his passion for ICT in Africa’s development: “Investment in ICTs is essential in taking any country to the next level of productivity and efficiency. Investing in ICTs is not at the expense of other sectors, investing in ICTs results in benefits for every sector and the earlier you start the better.”

GVG sees digitization in Africa as needing a different approach to elsewhere. “We shouldn’t replicate what has been done in Europe but adapt to the African reality by working for example on alternatives to optical fibre to interconnect African countries,” said Claude.

Accenture is transitioning to a local venture in Nigeria after more than 30 years of operation. The local firm is bullish of its prospects as it moves into more industries and sees technology as a way to push ahead development across Africa, according to Niyi Yusef, managing partner at Verraki Partners, speaking to media in Lagos.

The reasons of the transition are glossed over by Accenture in reports, while the future for Verraki is more clearly defined. There are multiple challenges in doing business in Nigeria, though the country has climbed to 146 out of 190 countries in the World Bank’s 2019 Ease of Doing Business rankings.

Yusef believes that the mobile phone could form the basis of a digital identity for accessing services. Taking Nigeria as an example he says the country has 40 million bank account holders and the country has 154 million mobile phone subscribers. Even if you round that figure down to 100 million to remove those with multiple phones, there is still a 60 million disparity between those with banking and those with phones, “If most people have mobile phones, how can we use it as a means of identity and enable inclusion for people outside the financial services envelope?”.

Yusef sees the emergence of regional trade blocs and the approaching AU-brokered African Continental Free Trade Area as opportunities for innovation for the continent and ways for Verraki to expand: “With technology, we can provide a mobile telephony service to 60 per cent of Africa’s one billion plus people, developing technology products that serve Africans wherever they are. Do we need to be in 54 countries and to have offices in each country? The answer is no, but through technology, we can serve anyone in the world because the internet is pervasive.”